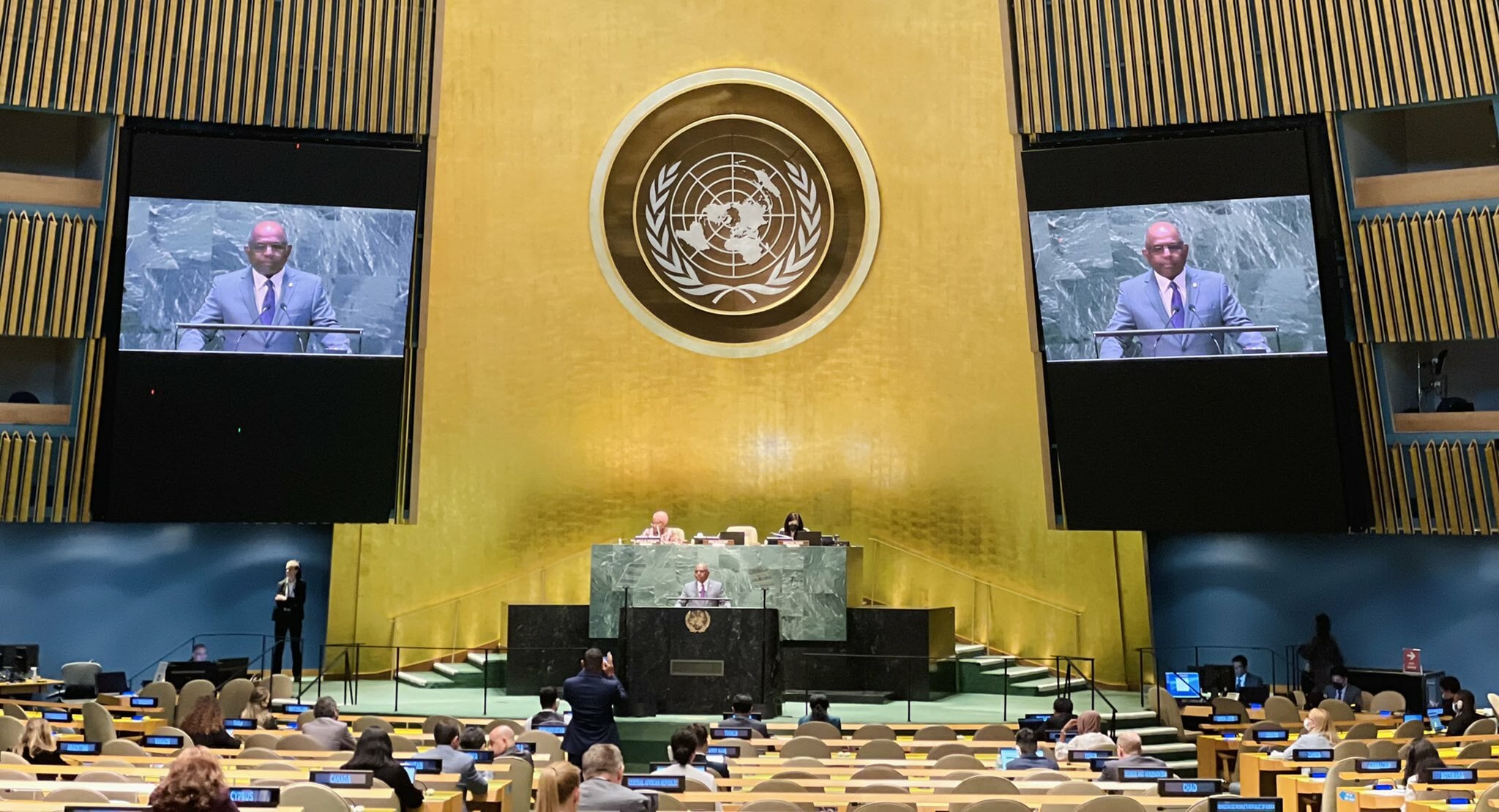 UNITED NATIONS: The Organization of Islamic Cooperation (OIC) urged the international community on Monday to outlaw all willful provocations and incitement to hate and violence.

In a statement read at a high-level UN meeting on countering hate speech, the OIC also expressed grave concern on the “denigration of Prophet Muhammad (PBUH)” by officials of India’s ruling Bhartiya Janta Party. Pakistan’s UN Ambassador Munir Akram read the statement on OIC’s behalf. The OIC demanded that all “willful provocations and incitement to hate and violence must be universally outlawed.”

Ambassador Akram reminded the international community that the OIC “remains concerned about willful provocations and defamation of Islamic holy personalities and religious symbols.”

On Saturday, June 18, the OIC joined the international community in commemorating the first ever international day for countering hate speech in pursuance of a General Assembly resolution passed recently.

The resolution for observing this day was presented by the Kingdom of Morocco, and the OIC described it “as an important milestone in advancing global efforts to address and counter hate speech.”

The OIC argued that observing this day would promote inter-religious and intercultural dialogue and tolerance in countering hate speech and would underline the need to counter all kinds of discrimination and xenophobia.

In his message to the high-level meeting, UN Secretary General António Guterres said that “hate speech is in itself an attack on tolerance, inclusion, diversity and the very essence of our human rights norms and principles.”

“Hate speech,” he added, “undermines social cohesion, erodes shared values and can lay the foundation for violence, setting back the cause of peace, stability, sustainable development and the fulfillment of human rights for all”.

Ambassador Akram pointed out that “the scale and impact of hate speech is amplified today by new technologies of communication, so much so that hate speech has become one of the most frequent methods for spreading divisive rhetoric and ideologies on a global scale.”

He warned that “if left unchecked, it can erode peace and development, since it creates the conditions for conflicts, religious tensions and wide scale human right violations, and can be a precursor for crimes of atrocity.”

The statement noted that while hate speech had proliferated across the globe, “the OIC is particularly alarmed at the sharp rise in Islamophobia and anti-Muslim hatred in many parts of the world.”

Such Islamophobic acts, the OIC added, “hurt the sensitivities of over 1.5 billion Muslims and constitute a gross abuse of the right of freedom of expression. They also reinforce extremist narratives.”

The OIC group condemned “the practice of insulting Islam, Christianity, Judaism and any other religion alike,” adding that it “stands against all acts of hate and violence on the basis of religion or belief.”