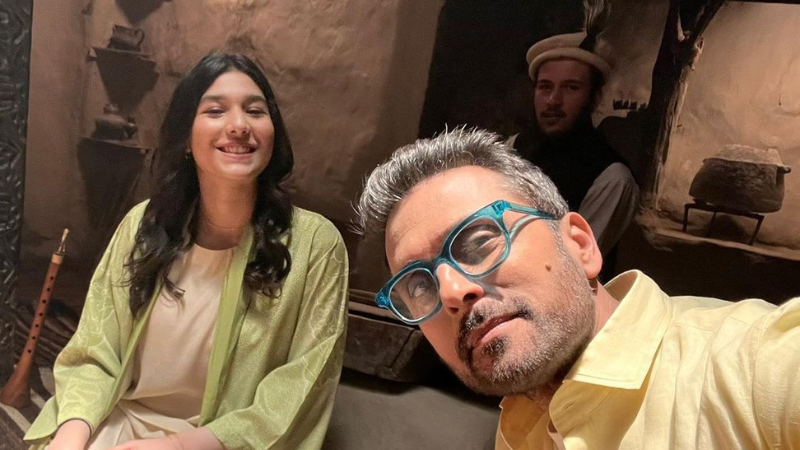 A single photo of two exceptional musicians in one frame has us wondering what's the next project Bilal Maqsood is hinting at with 'Pasoori' star Shae Gill?
Gill rose to fame with her hit single from Coke Studio's latest season that also featured Ali Sethi. Ever since, we've heard her croon the famous song on various social media platforms. Her newest collaboration seems to be with Strings legend Maqsood.

Taking to Instagram, Maqsood shared a photo with Gill and wrote, "It was wonderful working with Shae Gill on my latest project (2.0) Can’t wait to share it with you all."

The singers can be seen in a traditional Hunzai house with a man seated behind them. Traditional musical instruments may be part of their upcoming project, as we spotted a Surnai next to Gill in the photo.

In response to Maqsood's announcement, Gill re-shared his story and wrote, "It was an honour".
Before working with Maqsood, Gill collaborated with Atif Aslam for a song called 'Manzil'. The song was on Covid awareness in collaboration with the US Embassy in Pakistan. The music video starring Sarwat Gilani released on May 14.
Her latest endeavour has us wondering if they're collaborating for Velo Sound Station 2.0, a television programme that features pre-recorded music performances by local artists. We'll have to wait for their project to release but we have our hopes up for a spectacular blend of Maqsood's soft vocals with Gill's strong high notes.
hoto: Bilal Maqsood /Instagram