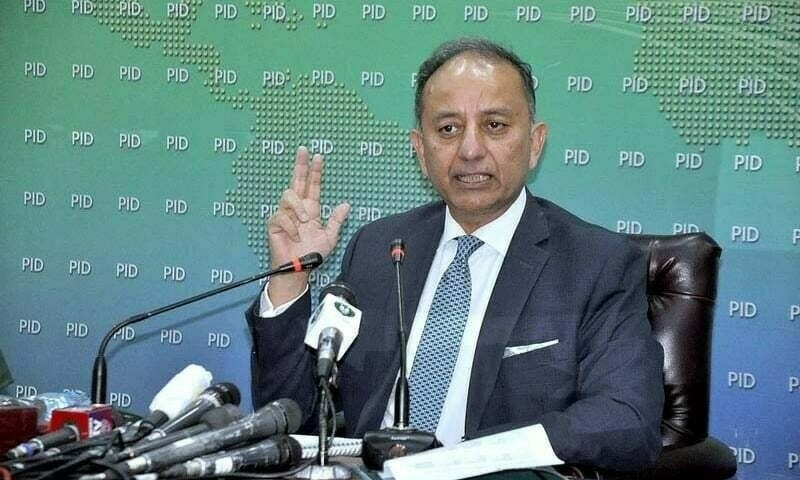 KARACHI: With a spiraling energy crisis brought on by the Russian invasion of Ukraine putting pressure on global fuel reserves, a key member of the federal cabinet admitted on Satur­day that the country simply could not compete with the buying power of European countries who were also potential customers for the same reserves that Pakistan desperately needed.

According to State Minister for Petroleum Musadik Malik, Pakistan’s failure to find a bidder for liquefied natural gas (LNG) slots had forced authorities to shift to alternative sour­ces of energy for power generation, which would take a month or so to yield results.

“The situation is that we have carried out two rounds of tenders of three to four tenders each, but no one responded to them,” he said in reply to a question put to him by a journalist during a media interaction on the sidelines of a two-day conference organised by the Centre for Excellence in Journalism (CEJ) at the Institute of Business Administration (IBA).

“Since supply from Russia is suspended due to the war with Ukraine, European countries are also buying gas from everywhere it’s available. As a result, LNG, which was priced at $4 two-and-a-half years ago, is no longer available for even $40. So, Russia’s war [with Ukraine] created a real crisis,” he said.
Musadik Malik says ‘pain’ from power shortages to last till at least July 15; govt exploring alternative means of energy generation
His thoughts came a day after the country failed to find a bidder for three LNG slots and received the highest-ever rate for another slot for the last week of July as European customers lapped up spot market quantities to compensate for the Russian supply disruption amid widespread electricity shortages.
The state-run Pakistan LNG Ltd (PLL) had floated a tender on June 16 for four cargoes — one each in the first and second weeks, and two in the last week, of July. However, no bidders came forward for the July 2-3, 8-9, and 25-26 delivery windows.
It is worth noting that this was the third futile attempt by PLL to have an LNG cargo in the first week of July. The earlier two tenders, issued on May 31 and June 7, attracted only two and one bidder, respectively, but none was technically responsive. Hence, the bids were returned unopened.
The minister told reporters point-blank: “We don’t have enough energy right now. The gas is not available and we can’t afford such expensive gas. So what we are doing is arranging alternates. The recent increase in production, imports of coal and furnace oil is part of the same strategy,” Senator Malik said.
Sharing the fresh moves the government was making to meet the growing energy glut, he referred to the import of five ships worth of furnace oil within a month and the larger amount of coal acquisition to keep power production units running.
Senator Malik was also confident that nature would favour them with the upcoming monsoon, which could help turn the tide of the power crisis to a large extent.
However, he cautioned that the ‘pain’ caused by power shortfall and loadshedding could take weeks to heal, adding that the situation was only likely to improve after July 15.
“We produce around 6,000MW to 8,000MW through hydel energy, but for that you need a certain amount of water flow,” he said. With an increase in imports of furnace oil and coal as alternative energy sources and the approaching monsoon rains that would improve water flows to enhance power generation through hydel energy, he said the government hoped to see some relief after July 15.
Senator Malik said he was sure that the Shehbaz Sharif’s government would have to pay a “political price” for these fresh measures, but termed them critical for saving the teetering economy that was brought to the brink of collapse by the Pakistan Tehreek-i-Insaf (PTI) government by its failure to foresee the growing demand for energy. Things had only gotten worse after the breakout of war between Russia and Ukraine, he said.
“We know what the political price of all these tough decisions is,” he said, adding: “Don’t you think we know that these decisions will hit our vote bank? We know it well. But what other options we have?”

“Should we sit idle and keep watching as the country turns into Sri Lanka? The PTI government did the same. They planted the landmines for the country’s economy for their political gains. We are here to save the country, not our politics,” the state minister concluded.