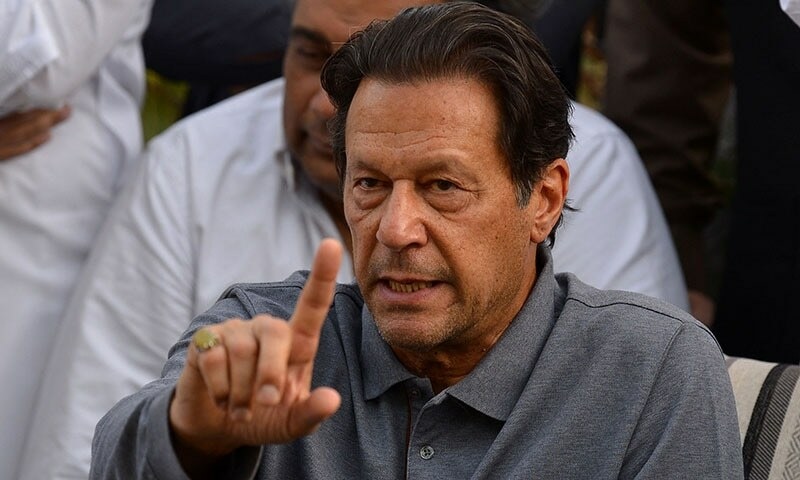 ISLAMABAD: Former prime minister and PTI chairman Imran Khan on Saturday approached the Supreme Court to challenge the coalition government's recent amendments to the National Account­ability (NAB) Ordinance, contending that they will "virtually eliminate any white-collar crime committed by a public office holder".

The changes were criticised by Imran and his party, with the PTI chairman saying the move would destroy the country.

The bill, along with the one on election reforms, was passed by the National Assembly and Senate last month. After its approval from both houses, the president's assent was required for it to become law.

However, Alvi sent back the bills, following which the government convened a joint sitting of the NA and Senate, which approved them. Alvi again refused to sign them, terming them "regressive", and sent them back. But procedurally, 10 days after a joint sitting passes a bill, it is considered law even if the president refuses assent.

In the petition filed today, the ex-premier named the Federation of Pakistan through its secretary Law and Justice Division and the NAB through its chairman as respondents in the case.
In his request, Imran requested the court to adjudicate upon a question of "great public importance with reference to the enforcement of fundamental rights of citizens under articles 9 (security of a person), 14 (inviolability of dignity of a man, etc), 19A (right to information), 24 (protection of property rights) and 25 (equality of citizens) of the Constitution.

NAB amendments The NAB (Second Amendment) Bill 2021 states that NAB's deputy chairman, to be appointed by the federal government, would become the acting chairman of the bureau following the completion of the tenure of the chairman.

The bill has also reduced the four-year term of the NAB chairman and the bureau's prosecutor general to three years. After approval of the law, NAB will not be able to act on federal, provincial or local tax matters. Moreover, the regulatory bodies functioning in the country have also been placed out of NAB's domain.

It says that "all pending inquiries, investigations, trials or proceedings under this ordinance, relating to persons or transactions … shall stand transferred to the concerned authorities, departments and courts under the respective laws."

It has also set a three-year term for the judges of the accountability courts. It will also make it binding upon the courts to decide a case within one year. Under the proposed law, it has been made binding upon NAB to ensure the availability of evidence against an accused prior to his or her arrest.
According to one of the key amendments, the act "shall be deemed to have taken effect on and from the commencement of the National Accountability Ordinance 1999".