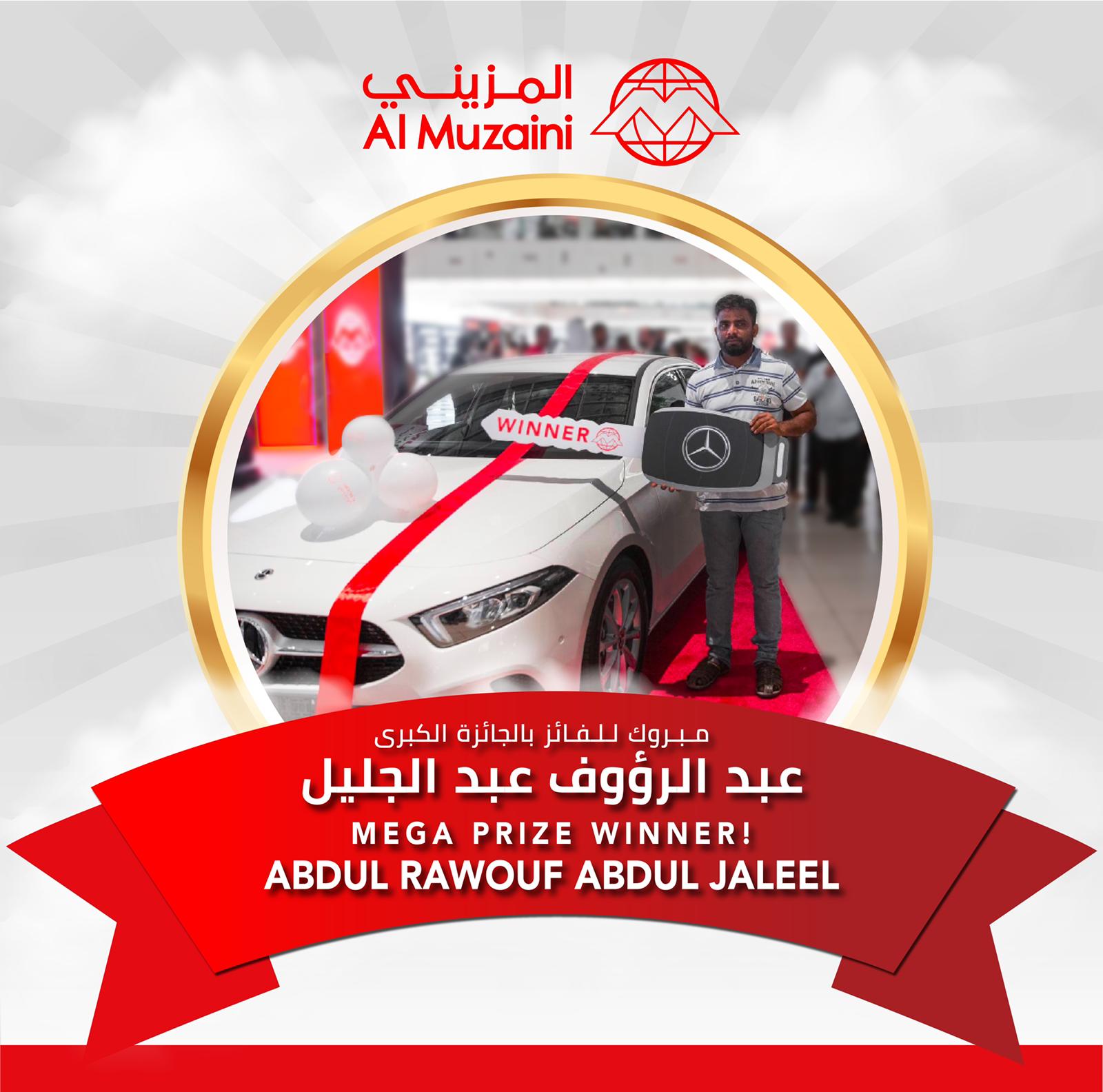 Al Muzaini Exchange, the leading exchange house in Kuwait, organized a grand event at The Avenues Mall on 17th June to announce the winners of the mobile application promotion, for which the mega prize was a Mercedes A200 along with several cash prizes.

The” Transfer and Win “ promotions was a three month long promotion during which anyone transferring using their mobile or web application would automatically enter a draw to win prizes up to 100,000 USD.

The event was hosted by Mr. Ali Choker Kuwait’s favorite talk show presenter and attended by a huge audience along with Al Muzaini Management.
The host kept the crowd engaged with his excellent sense of humor and activities such as quizzes and contests to the delight of the participants who won many spot cash prizes.

In the run up to the main event, there were many activities organized through the day such as face painting, balloons for kids, instant Q&A, games with prizes to keep the passerby’s engaged.

This years also marks the 80th years of Al Muzaini’s presence in Kuwait. During this special event the company also unveiled its latest offering their, 2in1 Self-serve Kiosk Machines which can conducts remittances and also dispense select foreign currency banknotes which is a first in Kuwait.

Hugh Fernandes, General Manager of Al Muzaini Exchange said: ‘We are delighted to organize such an event and would like to congratulate all the winners of the Transfer and Win promotion. We are also extremely proud to unveil our self-serve 2in1 Kiosk machines during the event. Our commitment and number one priority is to always deliver a great customer experience.