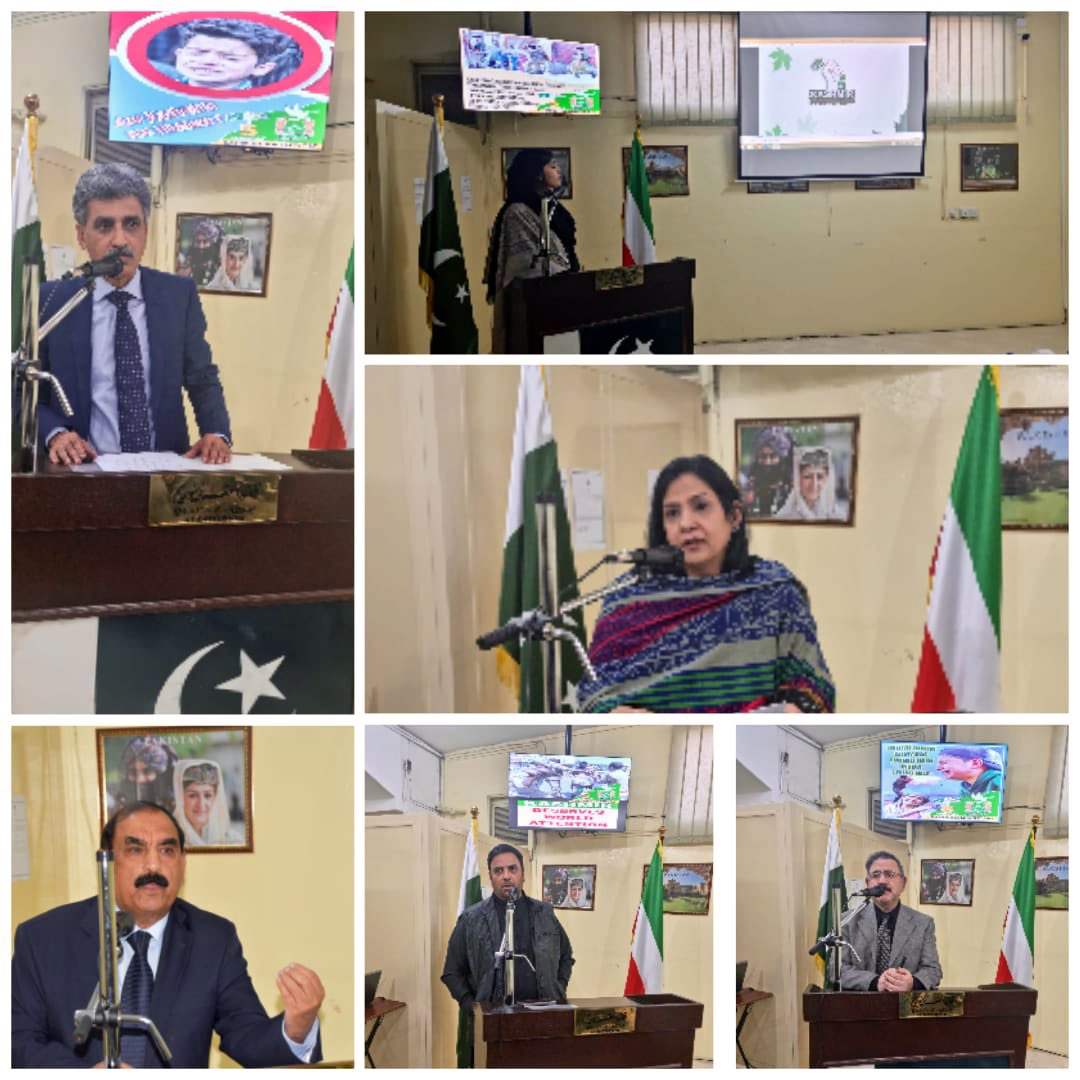 In connection with Kashmir Solidarity Day, the Embassy organized a seminar with participation of Pakistani & Kashmiri diaspora in Kuwait to reiterate Pakistan unwavering support to Kashmiris’ just struggle for self-determination. 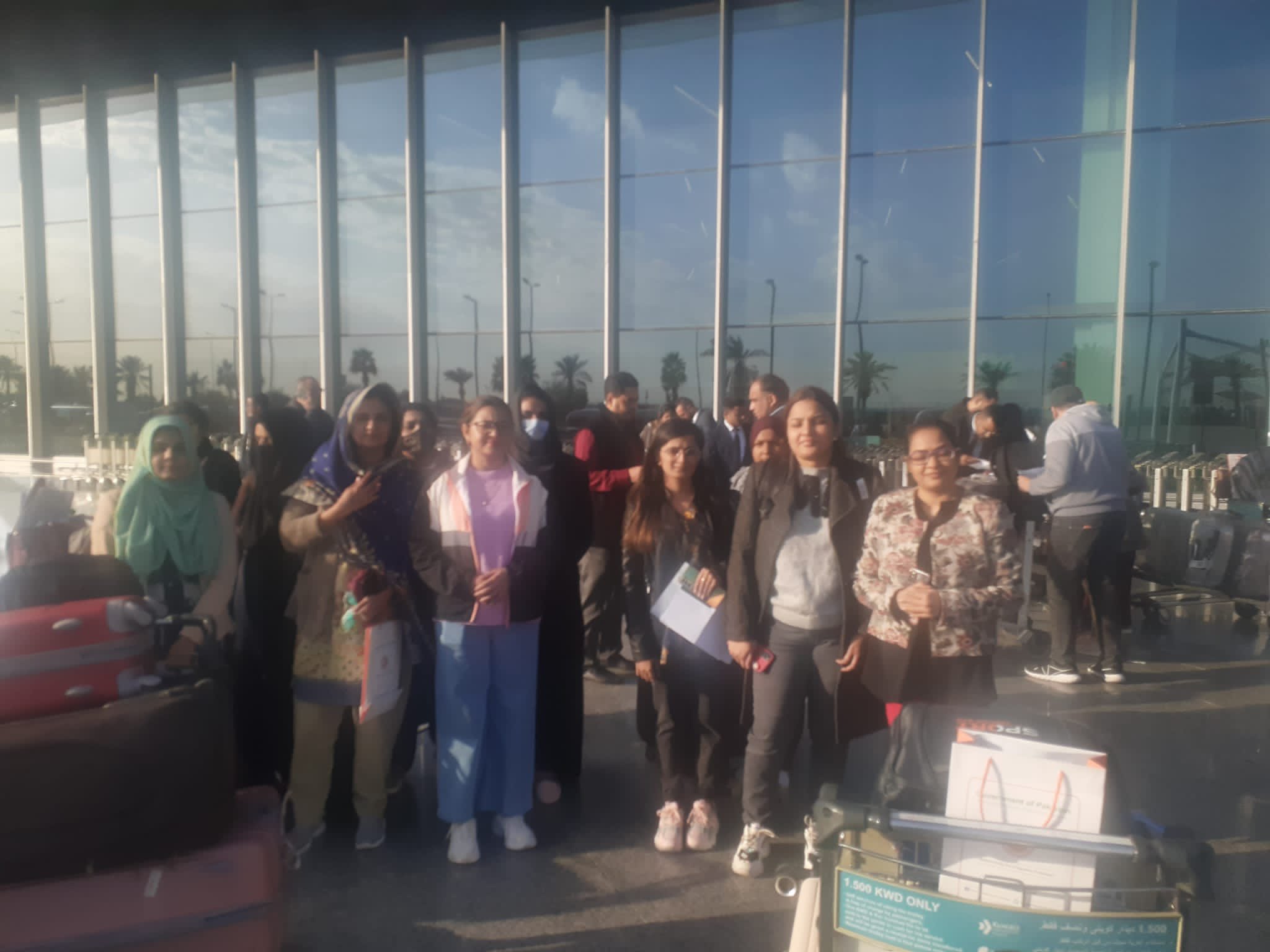 He said: “We know that after the corona pandemic, Kuwait has a shortage of doctors and nurses. I would like to thank the Kuwaiti government for trusting us. Our doctors and nursing staff are professional, competent and have vast experience. Pakistan sends the best doctors from the best of its hospitals. We are happy that the people of Pakistan are offering their services to their friends and brothers in Kuwait.” 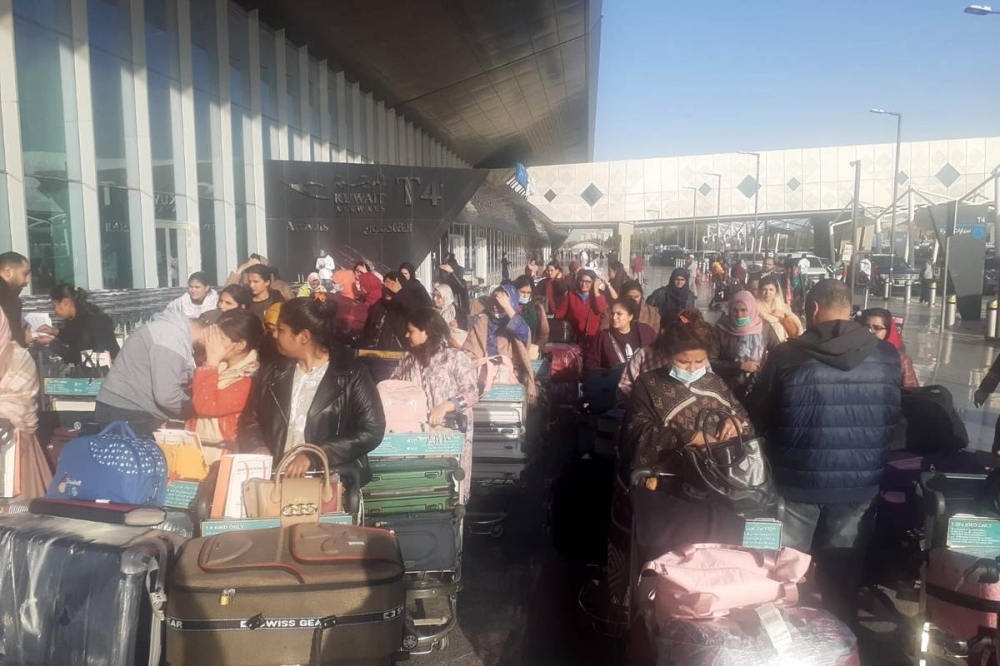 He added: “I am sure that this batch of doctors is only the beginning of strengthening our bilateral relations. We are ready to bring in more; not only doctors and nursing staff, but we also Pakistani professionals in the fields of education, information technology and others. We are ready to fill the shortage in any place or job; with the aim of helping in the development of Kuwait, which we have been doing for more than 60 years now.” 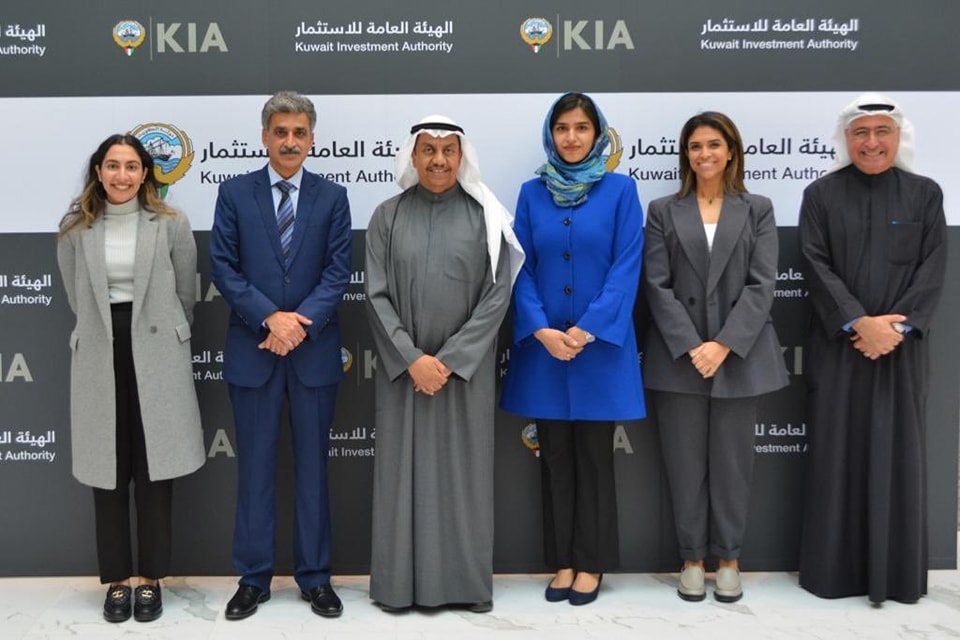 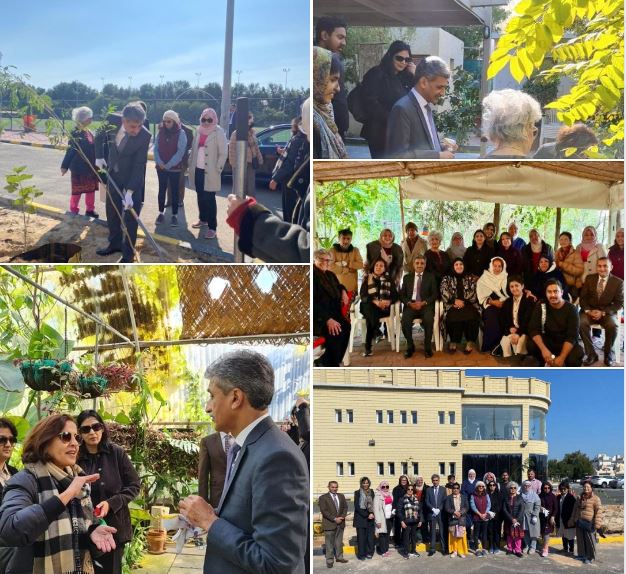 The embassy organized a tree plantation drive in collaboration with Shamiya Nature Reserve Youth Center & Pakistan Women’s Forum. Amb. Malik Muhammad Farooq also planted a sapling at dedicated area of the reserve. Founders of the reserve Noah Al-Kharafi, Adiba Al-Fahad and Mazna Al-Mutairi gave briefing on their initiative of Shamiya Greenhouse and hoped for future collaboration with the embassy. A large no. of Pakistani Women volunteered for the event. 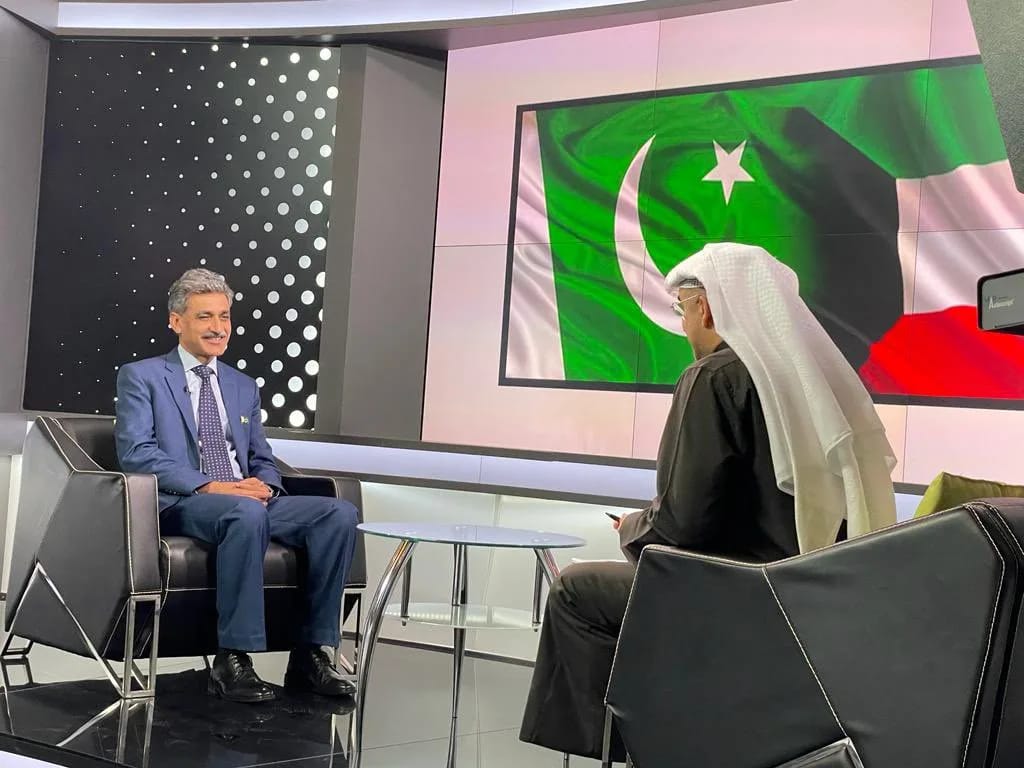 Ambassador Malik Muhammad Farouk's interview with Mr. Farid Dashti for KTV2 Prime Time "Good Morning Kuwait". During the interview, His Excellency Ambassador Farouk spoke about shared values and culture between the two sister countries. He also highlighted the investment and tourism potential of Pakistan, he expressed his hope for further efforts to enhance the bilateral relations.
He also talked about the recent floods situation in Pakistan and thanked the Kuwaiti government. For its assistance to the rehabilitation and rehabilitation of flood affected people in Pakistan.
Amb. Malik Muhammad Farooq interview with Mr. Fareed Dashti for KTV2 Prime Time Show “Good Morning Kuwait”. During the interview, Amb. Farooq talked about commonality of values & culture b/w the two brotherly countries; highlighted the investment & tourism potential of Pakistan and hoped for efforts to further strengthen the bilateral relations.
He also talked about recent flood situation in Pakistan & extended gratitude to Kuwaiti govt. for its assistance for recons. and rehab. of flood affectees in Pakistan. 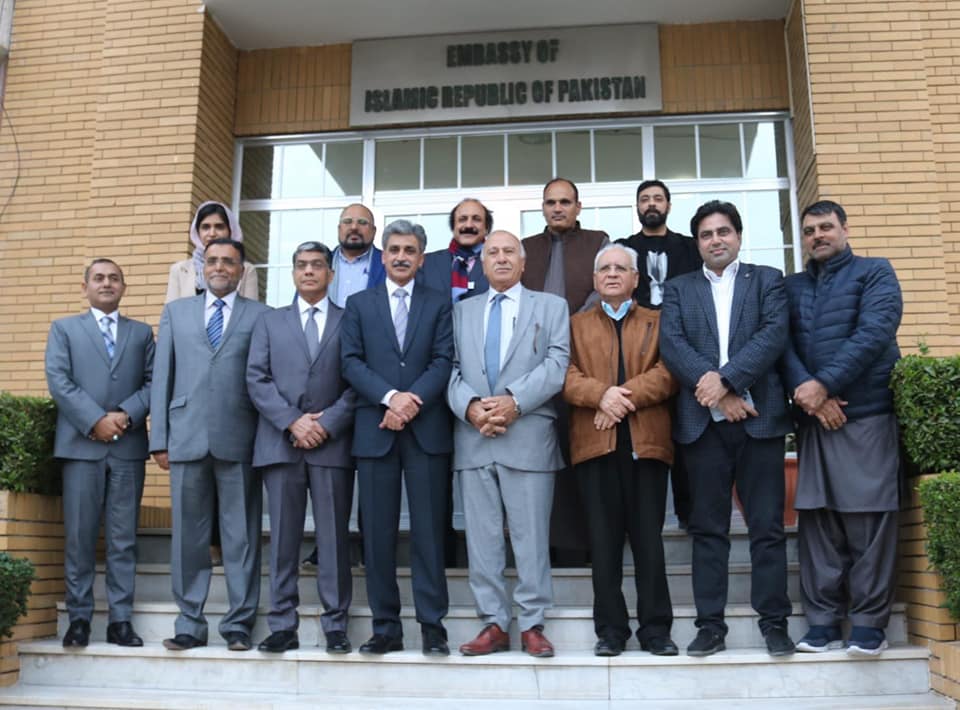 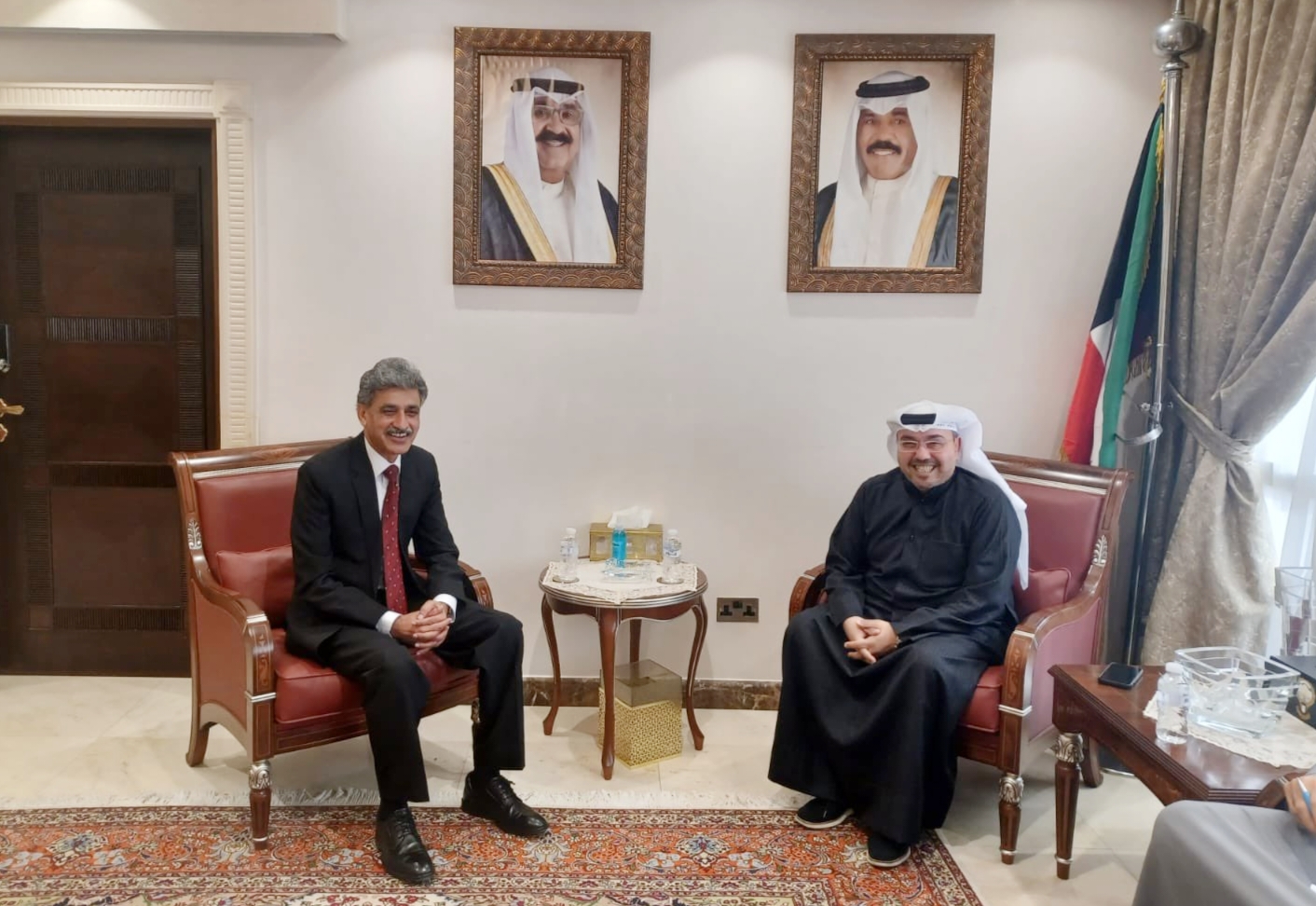