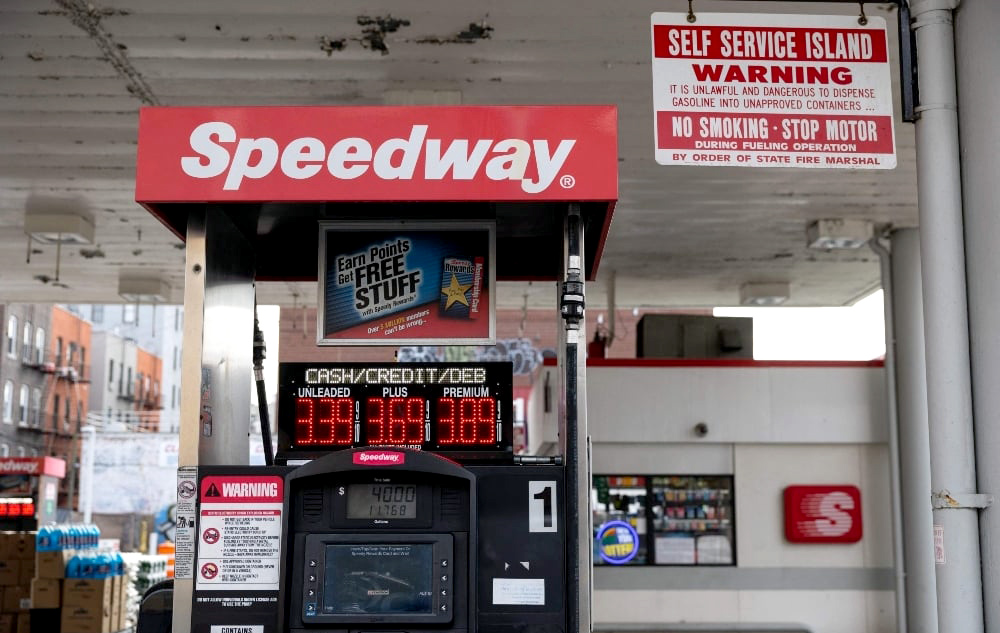 US consumer prices jumped last year at the fastest pace in four decades, the government confirmed on Wednesday, underscoring the potent inflation wave that has sapped public support for President Joe Biden even as the economy recovers from the pandemic.

The seven per cent increase in the Labour Department's consumer price index (CPI) over the 12 months to December was the highest since June 1982, as prices rose for an array of goods especially housing, cars and food.

Since taking office last January, Biden has presided over an economy that has expanded rapidly and seen millions of people who lost their jobs to the Covid-19 pandemic return to work.

The White House echoed the views of some economists in a tweet predicting “the rate of price increases will moderate in the months ahead as we make progress with the pandemic and other challenges.”

Still, while the data contained signs of a nearing summit, relief may not necessarily come quickly.

“The peak is close, but the speed of the coming downshift is uncertain,” said Ian Shepherdson of Pantheon Macroeconomics.

For the Republican opposition, the inflation data underscored their belief that the Democratic president has mishandled the recovery.

“This trend isn't 'transitory,' and it's all happening under Democrats' one-party control,” tweeted Kevin McCarthy, the top Republican in the House of Representatives. His party is seen as the favourites to win control of the lower house of Congress in the November elections.

The White House has attempted to sort out supply chains to relieve shortages and address alleged price fixing in industries like meatpacking to lower prices, but the most potent actor against inflation is the independent Federal Reserve.

Central bankers already have indicated they are ready to raise interest rates from zero in the coming months, and many observers see the first increase as soon as March.

Kathy Bostjancic of Oxford Economics said the Fed now sees getting inflation back towards its 2pc goal as its “top priority,” and could raise rates as many as four times this year.

Prices for shelter, including rental properties, has been one of the main contributors to inflation, rising 4.1pc in the year, while food rose 6.3pc, the Labour Department said.

However, in both cases the December monthly increase was less than in the prior month.

After slumping during the economic crisis in 2020, energy prices rebounded strongly last year with a 29.3pc gain, the report said.

But in December, energy costs contracted, falling 0.4pc from November, indicating Americans may soon see relief at gas stations and on their heating bills.

There was no such respite for used car prices, another of the main drivers of inflation in the year, which jumped 3.5pc in December and 37.3pc over the course of 2021, according to the data.

Food and energy prices can be volatile, but with those items stripped out, consumer prices rose more than expected with a 0.6pc gain compared to November.

There were indications in the data that the price surge may be ebbing.

Overall CPI growth slowed to 0.5pc in December, less than the 0.8pc increase in the prior month.

Some of the major drivers of inflation will ease over the course of this year, Shepherdson predicted, including the shortage of real estate that has pushed home prices and rents upwards, and a scarcity of semi-conductors that has crippled automobile assembly lines.

While annualised consumer prices may eventually peak at a level higher than in December “the run of big increases is over, and it will start to fall in March,” he said.