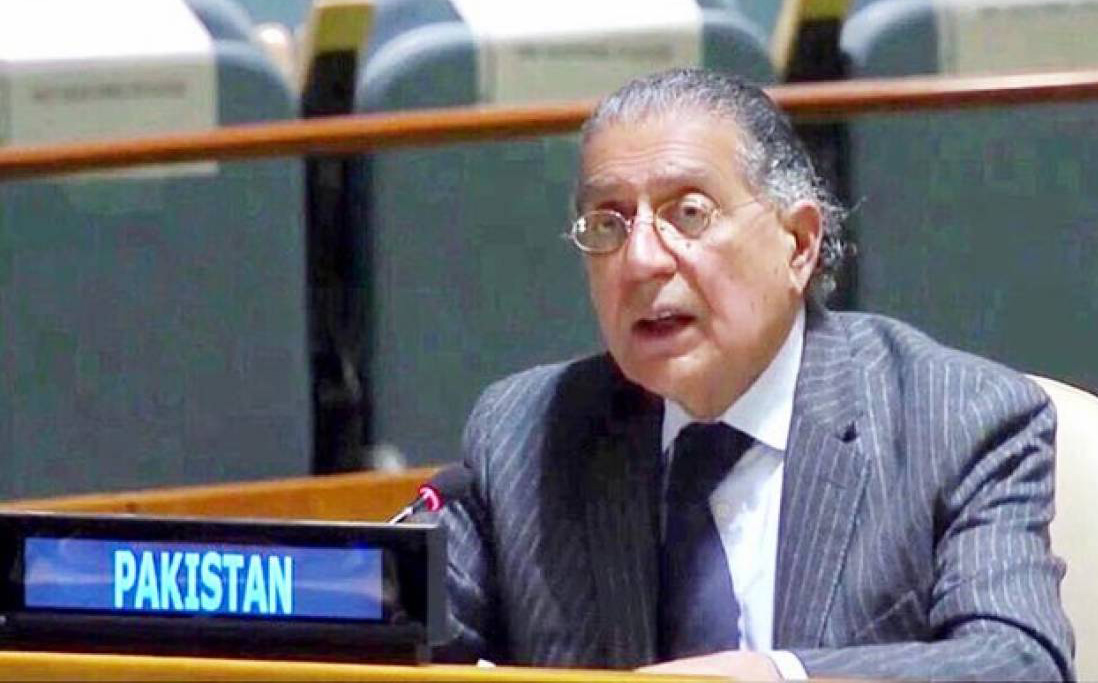 UNITED NATIONS: Pakistan urged the international community on Thursday to persuade India to immediately end its blatant oppression of the Kashmiri people, reverse all unilateral and illegal measures instituted since August 5, 2019, and halt the genocidal settler project in the occupied territory.

In a message on the Right to Self-Determination Day, Pakistan’s UN Ambassador Munir Akram also urged international human rights and humanitarian organisations to “take cognisance of India’s crimes in Kashmir.”

On Jan 5, 1949, the United Nations Commission for India & Pakistan (UNCIP) adopted a historic resolution calling for a free and impartial plebiscite in Jammu and Kashmir under the auspices of the United Nations. The resolution is an emblem of the UN’s commitment to the longstanding struggle of the Kashmiri people to realise their right to self-determination.

Pakistanis and Kashmiris on both sides of the Line of Control and the world observe Jan 5 as the Right to Self-Determination Day to remind the United Nations of the need to implement its own resolutions on this dispute.

“The United Nations, especially the Security Council, has an abiding responsibility to deliver on the promise it made to the people of Jammu and Kashmir 73 years ago,” Ambassador Akram said in his statement issued in New York.

“At the same time, the international community must ensure that massive human rights violations and crimes committed by India do not go unpunished. The perpetrators must be held accountable,” he added.

Ambassador Akram pointed out that India’s extremist Hindutva regime had deployed almost 900,000 troops in the occupied Kashmir who were “responsible for unleashing a brutal reign of terror through curfews and communications blackouts; incarceration of Kashmiri political leaders and illegal detention of thousands of Kashmiri youth.”

The occupation troops, he said, had also committed extra-judicial killings; violent suppression of peaceful Kashmiri protests, including by using pellet guns that have blinded even young children; and the demolition of entire neighborhoods and villages as a form of collective punishment.

Ambassador Akram alerted UN member states of their duty to stop India’s Hindutva leaders from implementing the so-called ‘final solution’ in Kashmir. Under this policy, India was trying to “permanently alter the demography of the internationally recognized disputed State,” he added.

Since August 5, 2019, India has issued millions of fake domiciles with the aim of eventually transforming the Muslim majority State into a Hindu majority territory. These actions constitute a flagrant violation of international humanitarian law including the Genocide Convention.