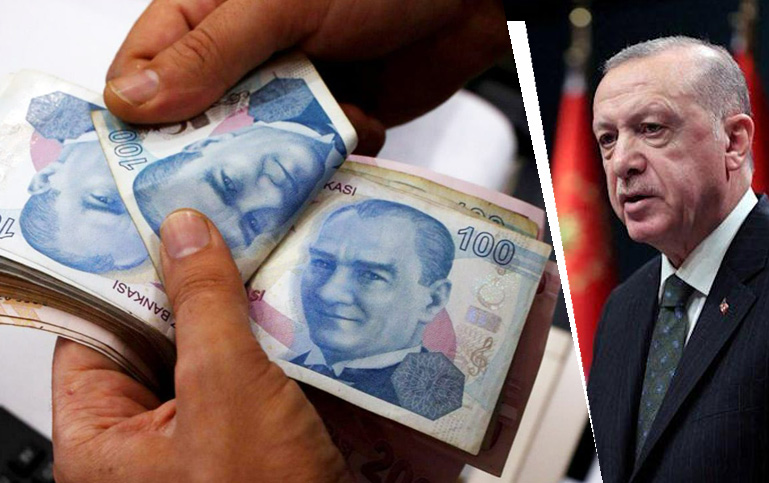 Turkey's lira weakened 1.4 per cent on Tuesday as investors weighed the consequences of a surge in the country's inflation rate to its highest in 19 years following the implementation of an unorthodox rate-cutting policy.

The lira stood at 13.15 to the dollar, as of 0500 GMT, weakening from a close of 12.96 on Monday. The lira hit a record low 18.4 two weeks ago before rebounding following the government's steps to support the unit.

Last year, the lira weakened 44pc, making it by far the worst performer in emerging markets and marking its worst year since President Tayyip Erdogan came to power nearly two decades ago.

Data on Monday showed consumer prices surged 36.08pc year-on-year in December, higher than a poll forecast of 30.6pc, driven by an increase in annual transportation prices, food and drinks.

Speaking after a cabinet meeting on Monday, Erdogan said he was saddened by the inflation data and that his government was determined to lower it to single digits, blaming the climb on global commodity prices and a weaker lira.

Since September the central bank has cut its policy rate by 500 basis points to 14pc as Erdogan pushes a “new economic programme” focused on credit and exports.

To curb the lira weakness, Erdogan unveiled a scheme two weeks ago in which the state protects converted local deposits from losses versus hard currencies. He said on Monday that 78 billion lira ($6 billion) had been deposited in such accounts.