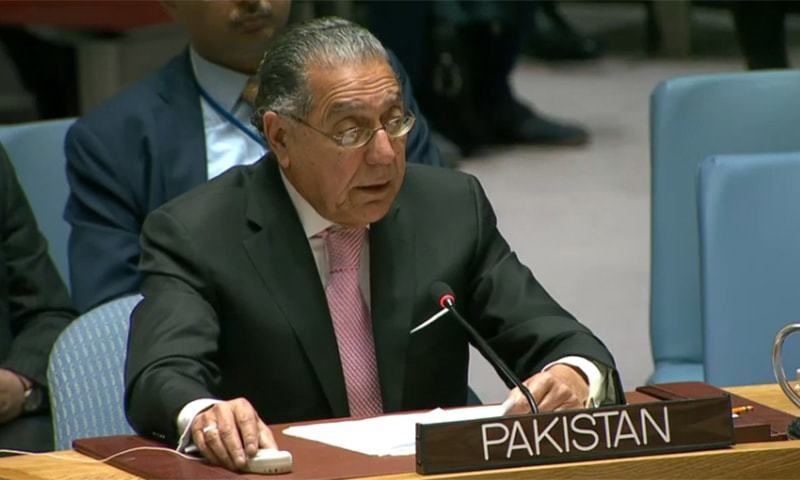 UNITED NATIONS: Pakistan hopes that greater acceptance for the Taliban government will lead to their representation in the United Nations.

On Wednesday, the UN Credentials Committee deferred its decision on allowing the Taliban to represent Afghanistan in the world body. The committee also stopped Myanmar’s military junta from representing the country in the UN.

“Under the circumstances, the decision to defer consideration of the credentials was expected,” said Pakistan’s UN Ambassador Munir Akram. “Once there is a wider consensus on official acceptance of the new Afghan government, its credentials will be accepted.”

Sweden’s UN Ambassador Anna Karin Enestrom, who heads the credentials committee, confirmed on Thursday that Kabul’s new rulers will not have representation in the UN yet. “The committee has decided to defer its decision of the credentials in these two situations (Afghanistan and Myanmar),” she said.

The Taliban seized Kabul on Aug 15 and in September they asked the UN to let their representative speak at the 76th session of the General Assembly, which began on Sept 14, 2021.

The Credential Committee, however, could not meet before the end of the session and, therefore, the Taliban’s request was not considered.

This left Ghulam Isaczai of the ousted regime as the official representative to the UN, despite Taliban protestations that he “no longer represents Afghanistan”.

The current members of the Credentials Committee include the Bahamas, Bhutan, Chile, China, Namibia, Russia, Sierra Leone, Sweden and the United States. Normally, the committee takes its decisions by consensus.

The deferral indicates that both Afgh­anistan and Myanmar would remain out of the UN system through much of 2022.

Taliban spokesman Suhail Shaheen, however, said it was an ‘unfair decision’ and urged the UN to reconsider it.

“The Credentials Committee decided yesterday that for now, the seat of Afghanistan at the UN be not given to the new government in Afghanistan,” he said in a tweet posted on Thursday.

“This decision is not based on legal rules and justice because they have deprived the people of Afghanistan of their legitimate right,” he added.

“We hope that this right is handed over to the representative of the government of Afghanistan in the near future so that we can be in a position to resolve issues of the people of Afghanistan effectively and efficiently and maintain positive interaction with the world.”

To gain UN acceptance, the Taliban need the support of some powerful nations, like the United States, but so far most of the 193 UN members are reluctant to do so.

Some Taliban leaders are still on UN sanctions lists.