COMMENT: Sarfraz braces for long haul on road to redemption 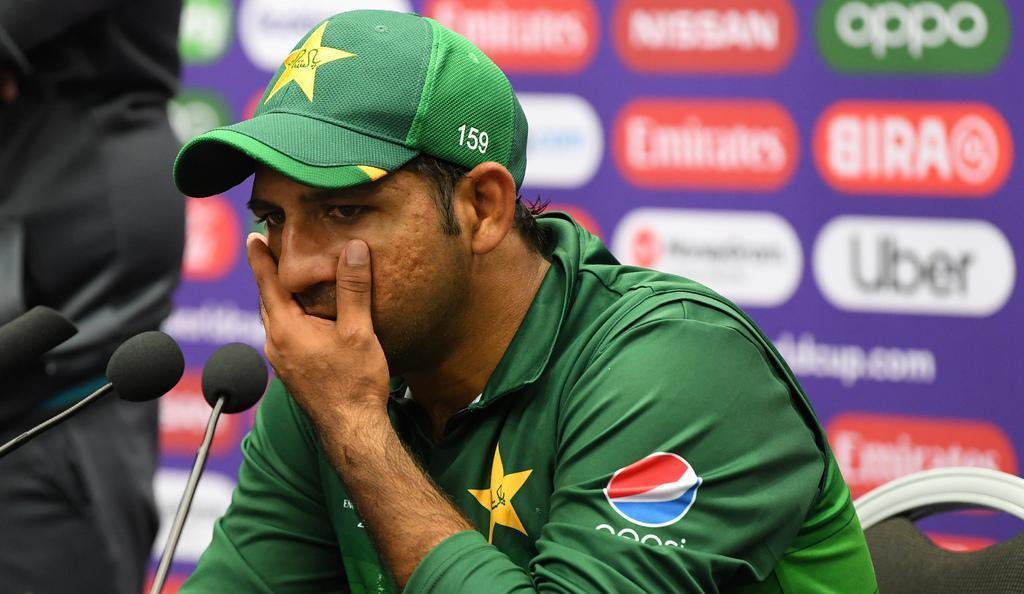 CAPTAINCY is a huge responsibility whoever is entrusted with the mantle. It is generally considered a job of honour and pride because not every individual gets the tag. While some are born leaders, others go through the hard grind to justify their acclaimed status. The sacking of Sarfraz Ahmed from two formats of Pakistan captaincy wasn’t unexpected given the run of lows in the wicket-keeper’s overall form with the bat.

Removing the 32-year-old from the leadership of the Test team was on the anvil but his sudden ouster as the T20 captain has certainly taken some by surprise, despite Pakistan’s embarrassing 3-0 whitewash to seventh-ranked Sri Lanka in the recent home series, because he has previously led the country to an unprecedented 11 series wins on the trot and the ICC No.1 ranking in the format.

In the new set-up of the Pakistan Cricket Board (PCB), Sarfraz knew at the back of his mind that there would be no easy time forthcoming and the Sri Lanka T20 debacle was the last straw. The PCB regime wanted their incumbent team leader to abdicate the crown amicably and go out with his dignity intact. Upon refusal to comply the request — which was a justifiable move one must admit, given the stature attached to the post — Sarfraz further complicated his already vulnerable position. Even though, he had refused to lead Sindh in the ongoing National T20 Cup in Faisalabad.

The formula is simple whatever we all do in life as professionals: either one has to perform in order to remain in the job or get the sacking, as Sarfraz has done now after Wasim Khan, the PCB chief executive, showed up in Faisalabad the other day specifically to indulge in a one-to-one chat. This was an example of complete ignorance on Sarfraz’s part because he wasn’t prepared to understand the complexities of his weakened stance in the wake of the T20 losses against Sri Lanka.

Fearing the possible ramifications of what Pakistan will find Down Under against Australia, who are always very hard competitors in their own backyard, in a couple of weeks from now, the PCB has, in fact, done Sarfraz a big favour because more of the same results would have been killer-blow for his career.

Sarfraz would also be the first to realise — something he must be made to understand by everyone who is very close to the man — for his own sake a break at this phase of his international career would definitely do him a world of good. Except for a very brief period in the summer of 2015, Sarfraz had been constantly on the move in Pakistan colours since Adnan Akmal suffered a fractured thumb during the second Test of the 2013-14 series in the United Arab Emirates.

The deterioration in his form has been the real worry for a national team which has its lows, and occasional highs, because Sarfraz has got embroiled in situations where he appeared to be completely hapless as captain. In the first post-Misbah/Younis Test series, Pakistan inexplicably lost 2-0 to Sri Lanka on the familiar UAE pitches where visiting sides had usually bit the dust. This dose was repeated in the emirates by New Zealand last year when they nailed Sarfraz’s men 2-1.

His overall statistics across all formats are still much more respectable than a number of players who have had donned the Pakistan cap. But since becoming captain, Sarfraz never reached three figures — getting dismissed in the nervous 90s on several occasions — while his last significant score was 97 against England during the ODI series, just prior to the World Cup.

While Sarfraz averages a healthy 36.39 in 49 Tests for someone who bats regularly at No.7, his figures as captain of the longest format are quite disappointing — 25.81 in 13 Tests from which he accumulated only 568 runs — while he also shared a dubious landmark with Faf de Plessis, another embattled Test leader who is struggling to keep South Africa’s reputation intact, when the two provided the first — and only thus far — instance of both captains bagging pairs in the same Test when Pakistan toured the rainbow nation last season.

However, Sarfraz has done reasonably well on the limited-overs front. The skipper of Pakistan’s 2017 ICC Champions Trophy-winning squad averages a decent 33.90 from 116 One-day Internationals given his unstable positioning in the batting order, while his stats as captain are almost as good (32.16) in 50 one-dayers.

Another point of concern in Sarfraz’s case, according to those who were critical of his promotion to the Pakistan captaincy, always remained the way he handled the media briefings. Banter or two from him sent everyone into fits of laughter, the joke over rain during the ODI series in Karachi was perhaps his final laugh.

He may not have come from an aristocratic background but Sarfraz’s humbleness has been a plus point in his cricketing life, that initially brought him into limelight with the U-19 World Cup glory in February 2006 when Pakistan defeated India in the final at Colombo. Apart from the unfortunate Andile Phehlukwayo episode — that forced ICC to ban him for four internationals — Sarfraz had come through a tough journey since the beginning of his Pakistan career.

But now Sarfraz braces for the biggest test of his career yet. He knows he has got to perform, no matter what, to reclaim his spot in the Pakistan team. Being a fighter in his entire life, he does have the capability to prove critics wrong. The road to redemption has already began for one of the gutsiest cricketers produced by the country.