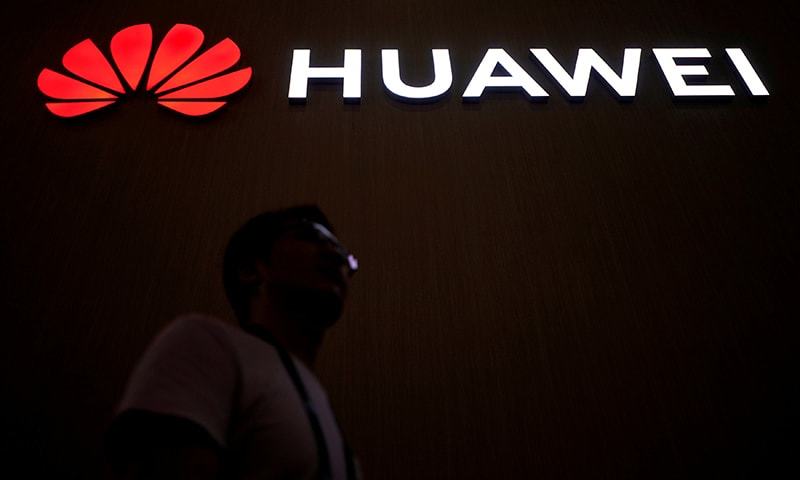 China's Huawei Technologies launched on Monday what it said was the world's first 5G communications hardware for the automotive industry, in a sign of its growing ambitions to become a key supplier to the sector for self-driving technology.

Huawei said in a statement that the so-called MH5000 module is based on the Balong 5000 5G chip which it launched in January. “Based on this chip, Huawei has developed the world's first 5G car module with high speed and high quality,” it said.

It launched the module at the Shanghai Autoshow, which began last week and runs until Thursday.

“As an important communication product for future intelligent car transportation, this 5G car module will promote the automotive industry to move towards the 5G era,” Huawei said.

It said the module will aid its plans to start commercialising 5G network technology for the automotive sector in the second half of this year.

Huawei has in recent years been testing technology for intelligent connected cars in Chinese cities such as Shanghai, Shenzhen and Wuxi and has signed cooperation deals with a swathe of car makers including FAW, Dongfeng and Changan.

The company, which is also the world's biggest telecoms equipment maker, is striving to lead the global race for next-generation 5G networks but has come under increasing scrutiny from Washington which alleges that its equipment could be used for espionage. Huawei has repeatedly denied the allegations. 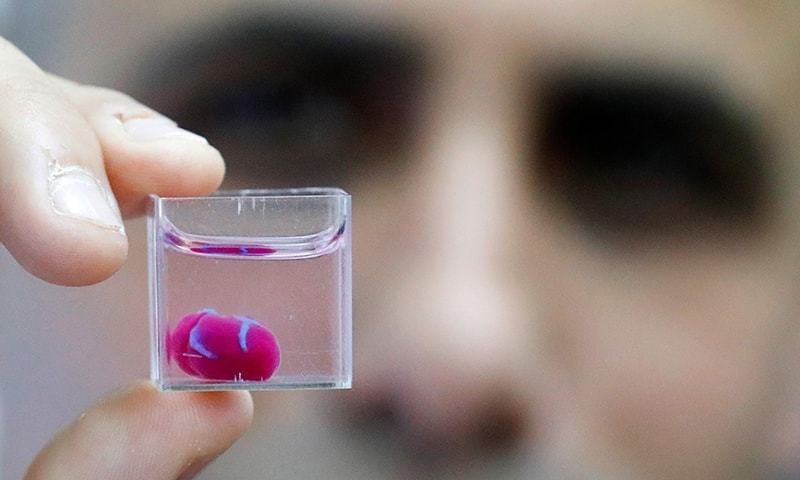 Scientists in Israel unveiled a 3D print of a heart with human tissue and vessels on Monday, calling it a first and a “major medical breakthrough” that advances possibilities for transplants.

While it remains a far way off, scientists hope one day to be able to produce hearts suitable for transplant into humans as well as patches to regenerate defective hearts.

The heart produced by researchers at Tel Aviv University is about the size of a rabbit's.

It marked “the first time anyone anywhere has successfully engineered and printed an entire heart replete with cells, blood vessels, ventricles and chambers,” said Tal Dvir, who led the project.

“People have managed to 3D-print the structure of a heart in the past, but not with cells or with blood vessels,” he said.

But the scientists said many challenges remain before fully working 3D printed hearts will be available for transplant into patients.

Journalists were shown a 3D print of a heart about the size of a cherry at Tel Aviv University on Monday as the researchers announced their findings, published in the peer-reviewed journal Advanced Science.

Researchers must now teach the printed hearts “to behave” like real ones.

The cells are currently able to contract, but do not yet have the ability to pump. Then they plan to transplant them into animal models, hopefully in about a year, said Dvir.

“Maybe, in 10 years, there will be organ printers in the finest hospitals around the world, and these procedures will be conducted routinely,” he said.

But he said hospitals would likely start with simpler organs than hearts.

In its statement announcing the research, Tel Aviv University called it a “major medical breakthrough.” A biopsy of fatty tissue was taken from patients that was used in the development of the “ink” for the 3D print.

Using the patient's own tissue is important to eliminate the risk of an implant provoking an immune response and being rejected, Dvir said.

Challenges that remain include how to expand the cells to have enough tissue to recreate a human-sized heart, he said.

Current 3D printers are also limited by the size of their resolution and another challenge will be figuring out how to print all small blood vessels.

3D printing has opened up possibilities in numerous fields, provoking both promise and controversy. The technology has developed to include 3D prints of everything from homes to guns. 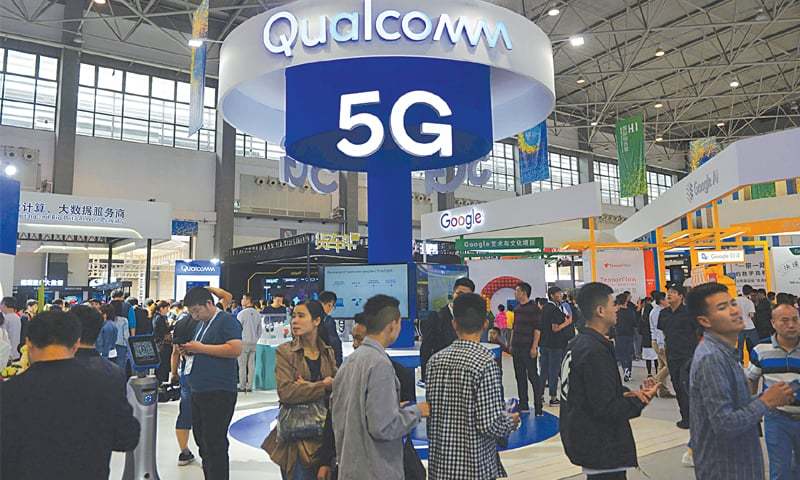 SAN JOSE: The two largest smart phone makers in the world supply a majority of their own modem chips to help their devices connect to wireless data networks, according to evidence presented at an antitrust trial for chip supplier Qualcomm Inc.

A trial between the US Federal Trade Commission and Qualcomm kicked off in a federal courtroom in California on Friday, with the regulators arguing that Qualcomm engaged in anticompetitive patent licensing practices to preserve a monopoly on modem chips. The case is being closely watched because it may shed light on the likely eventual outcome of the global legal battle between Apple Inc and Qualcomm.

Apple has alleged that Qualcomm engaged in illegal business practices, and Qualcomm in turn has alleged Apple violated its patents, scoring victories in China and Germany last month.

Qualcomm has argued its licensing practices follow long-established industry norms and that it charges broadly the same licensing rates that it had for many years before it ever started selling chips.

That has become a big market for Qualcomm, which controlled 59.6 per cent of the $15.3 billion market for 4G modem chips in 2017, according to IDC’s Phil Solis, who studies mobile chips for the research firm.

But Bob Van Nest, an attorney representing Qualcomm in the case, also sought to show that Qualcomm is not dominant in the world’s two biggest handset makers.

Huawei and Samsung did not immediately respond to a request for comment. Also, the FTC’s case centers not on the overall modem chip market — which includes slower chips that go into cheaper handsets – but rather the market for speedy “premium” chips where Qualcomm is among the only options.

Huawei and Samsung are both large diversified technology corporations that make many other products aside from premium-priced smart phones. Huawei’s HiSilicon unit supplies the chips for its high-end phones such as its Mate and P series. Samsung’s chip division supplies processors and other components for many of its handsets and is also a dominant global supplier of memory chips beyond its own products.

The two firms are also Apple’s fiercest rivals in the market for premium smart phones costing $700 or more. Apple depends entirely on Intel Corp and Qualcomm for modem chips, though the iPhones released in 2018 use Intel modems exclusively. 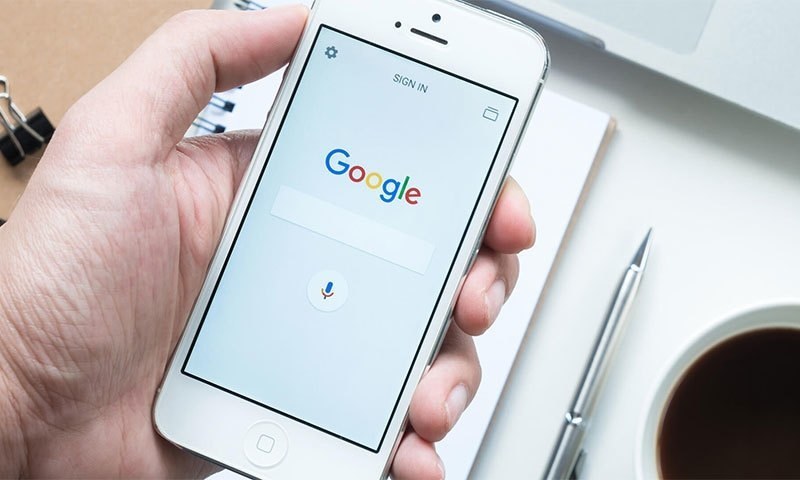 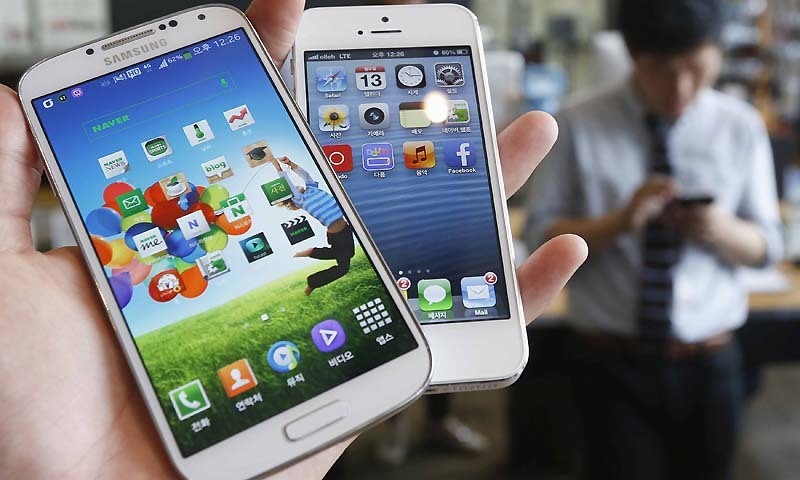 Italy's competition authority on Wednesday said it was fining Apple and Samsung 10 and five million euros ($11.5 and $5.7 million) respectively for the so-called “planned obsolescence” of their smartphones.

The ruling is believed to be the first against the manufacturers following accusations worldwide that they encourage operating system updates for older phones which slow them down, thereby encouraging the purchase of new phones.

“The two companies have induced consumers to install software updates that are not adequately supported by their devices, without adequately informing them, nor providing them with an effective way to recover the full functionality of their devices,” the AGCM said.

Operating system updates “caused serious malfunctions and significantly reduced their performance, in this way speeding up their replacement with more recent products.”

Samsung “insistently suggested” to owners of its 2014 Note 4 phone to install a new version of Google's Android operating system intended for the more recent Note 7, the ACGM said.

But that was “without informing them of the serious malfunctions that the new firmware could cause due to greater stress of device's hardware and asking a high repair cost for out-of-warranty repairs connected to such malfunctions”.

Likewise, Apple “insistently suggested” to iPhone 6 owners to install an operating system designed for the iPhone 7, “without warning consumers that its installation could reduce the speed of execution and functionality of devices”.

Apple “did not offer any specific support measures for iPhones that had experienced such operating problems and were no longer covered by the legal warranty; only in December 2017 Apple provided for the possibility to replace batteries at a discounted price”.

Apple was also found not to have told customers about “essential” characteristics of its phones' lithium batteries, “such as their average duration and deterioration factors, nor about the correct procedures to maintain, verify and replace batteries in order to preserve full functionality of devices”.

Both companies were fined the maximum possible, Apple paying double Samsung's five-million-euro fine because of its two contested practices.

The Italian anti-trust authority opened its investigation in January following customer complaints around the same time as a similar probe in France.

The US company was forced to admit last year that it intentionally slowed down older models of its iPhones over time, sparking concerns it was unfairly nudging consumers to upgrade.

At first, Apple had denied it intentionally shortened the life on any of its products. It said it slowed models to extend the performance of the phone — which uses less power when running at slower speeds — and to prevent unexpected shutdowns.

The California-based group also faces a class-action suit in the United States and a slew of lawsuits in Russia.

Samsung in January said that it “does not provide the software updates to reduce the product performance over the life cycle of the device, according to reports”. It pledged to cooperate with the Italian authorities.

The companies will be required to publish an “amending declaration” on their Italian websites with a link to the AGCM's ruling.

There was no immediate reaction to the Italian decision from Apple or Samsung. 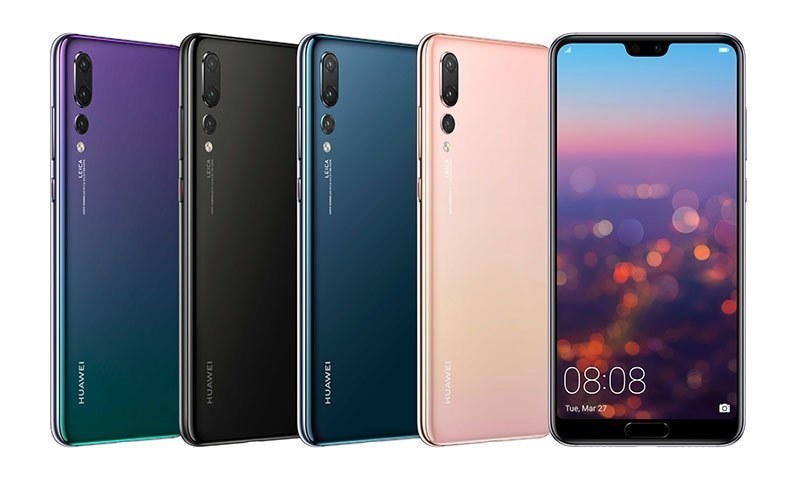 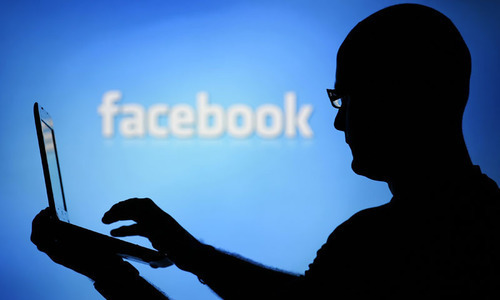 LONDON: Cambridge Analytica, the data firm embroiled in a controversy over its handling of Facebook user data, and its British parent firm SCL Elections have ceased operations, the company said on Wednesday.

Cambridge Analytica and SCL Elections will begin bankruptcy proceedings, the firm said, after losing clients and facing mounting legal fees in the controversy over reports the company harvested personal data about Facebook users beginning in 2014.

“The siege of media coverage has driven away virtually all of the Company’s customers and suppliers,” the company’s statement said.

“As a result, it has been determined that it is no longer viable to continue operating the business, which left Cambridge Analytica with no realistic alternative to placing the company into administration.” Allegations of improper use of data on 87 million Facebook users by Cambridge Analytica, which was hired by President Donald Trump’s 2016 election campaign, has hurt the shares of the world’s biggest social network and prompted multiple official investigations.

“Over the past several months, Cambridge Analytica has been the subject of numerous unfounded accusations and, despite the company’s efforts to correct the record, has been vilified for activities that are not only legal, but also widely accepted as a standard component of online advertising in both the political and commercial arenas,” the company’s statement said.

The firm is shutting down effective Wednes­day and employees have been told to turn in their computers, the Wall Street Journal reported earlier.

Cambridge Analytica is a part of SCL Group, a government and military contractor that says it works on everything from food security research to counter-narcotics to political campaigns. The group was founded more than 25 years ago, according to its website.