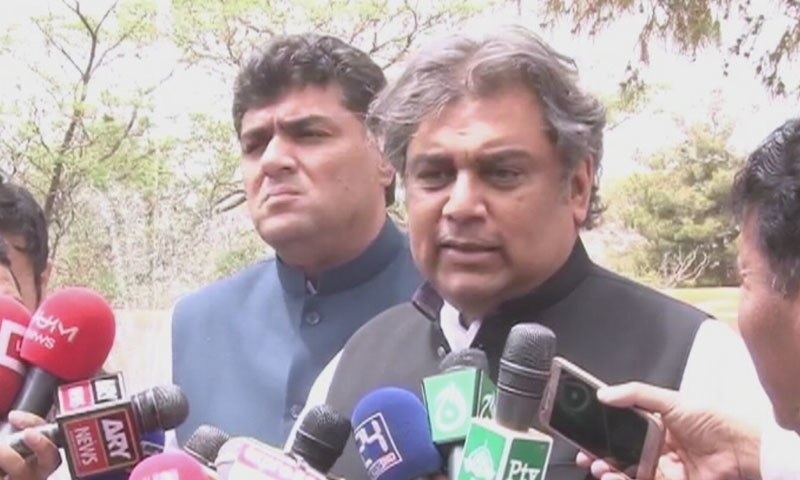 ISLAMABAD: Federal Minister for Maritime Affairs Ali Haider Zaidi has announced that the government has granted tax exemption to the China Overseas Ports Holding Company (COPHC) for 23 years to facilitate establishment of its industrial units at Gwadar Port.

Accompanied by COPHC Chief Executive Officer Zhang Baozhong and Minister for Economic Affairs Hammad Azhar, Mr Zaidi told a press conference on Tuesday that the COPHC that had already been operating at Gwadar Port would get tax exemption for installation of machinery and other equipment at the port.

The initiative was a step towards relocation of the Chinese manufacturing industry in Gwadar and engaging the local labour, he said, adding that the move would ultimately boost Pakistan’s economy.

The minister said the COPHC would also set up a desalination plant with the cost of Rs1.95 billion to provide 5,000 gallons of water per day to the people.

He announced that China would build Pak-China Technical and Vocational Training Institute in Gwadar at a cost of around $10 million, which would open job opportunities for locals. “About 360 students equipped with technical skills would pass out from the institute every year,” he said.

Mr Zaidi said Pak-China Friendship Hospital would also be established on 68-acre land at an estimated cost of $100 million. Besides, he added, a coal power plant for generating 300MW electricity would also be set up in Gwadar.

On the issue of Gwadar Port’s connectivity with Makran Coastal Highway, he said the Executive Committee of the National Economic Council (ECNEC) had approved construction of three bridges on the Eastbay Expressway to resolve the grievances of local fisherman.

Around 40 per cent construction work on the Eastbay Expressway had been completed while the rest would be completed by December 2020, he added.

COPHC CEO Zhang Baozhong said the present government had resolved the tax exemption issue that had been pending for the past seven years. He expressed the hope that due to the business-friendly policies of the government, more foreign investment would come to the country.