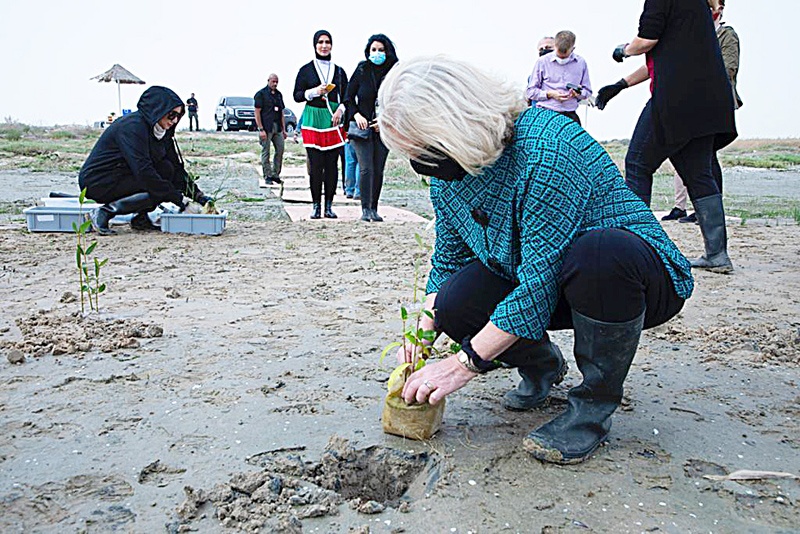 KUWAIT: As part of wider cooperation efforts between the Environment Public Authority and the Embassy of the United States of America, the Director General of the Public Authority for the Environment, Sheikh Abdullah Al-Hamoud Al-Sabah and Deputy Director General of Technical Affairs, Dr Abdullah Al-Zaidan, hosted US Ambassador Alina Romanowski at the Jahra Nature Reserve yesterday.

Romanowski was briefed about the reserve’s biodiversity and the different habitats. During the visit, the Ambassador participated in planting mangrove trees along the coast of the reserve as part of Kuwait’s coastal environment rehabilitation project. 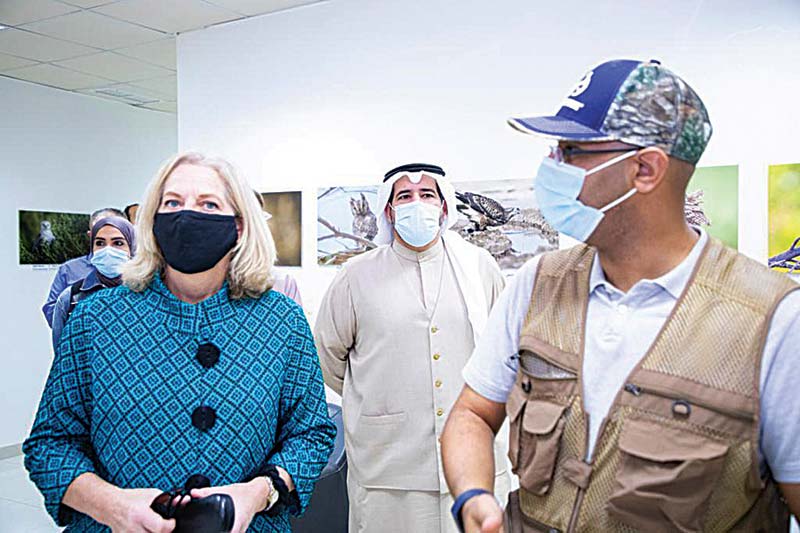 “It was inspiring for me to see how the Kuwait Environment Public Authority (KEPA) is preserving a beautiful natural environment like Al-Jahra Nature Reserve. The Reserve is home to some really unique and precious plants and animals, and I hope that all Kuwaitis will have the chance to experience the Reserve in the future,” Ambassador Romanowski said.

She added that, “We at the US Embassy are ready to work with KEPA and other Kuwaiti institutions to share knowledge from the United States about environmental conservation and operating public nature reserves.” The project launched in 2018, and mangrove seeds were planted along the coasts of Al-Jahra reserve, Al-Subbiya and on Boubyan island.