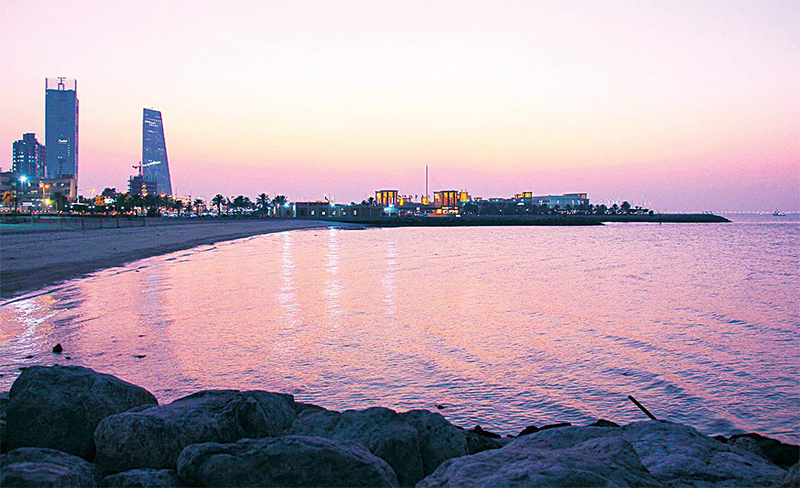 KUWAIT CITY, Jan 14: Kuwait Meteorological Department has announced that the country will witness a significant decrease in the minimum temperatures to less than 3 degrees Celsius, resulting in frost formation in agricultural and desert areas, reports Al-Rai daily. In this regard, a number of weather experts said they are expecting the continuation of the cold wave this week, and that some areas are likely to witness light rain tomorrow due to the cold wave causing the European high air pressure to be concentrated in the northern part of the Arabian Peninsula.

They urged people of the mainland to wear heavy winter clothes for protection from the bitter cold, warning against the danger of igniting black coal inside closed tents which could cause suffocation. A weather forecaster in Kuwait Meteorological Department Abdulaziz Al-Qarawi said he expects the continuation of the cold wave, which led to a temperature drop below 3°C in the evenings until Tuesday. He attributed the decrease in temperature in the last two days to the control of the European high air pressure in the north of the Arabian Peninsula and Kuwait, accompanied by active northwest winds of speeds up to 45km per hour.

Al-Qarawi indicated that there is a slight chance of light rain on Tuesday in some areas of northern Kuwait. Meanwhile, meteorologist Mohammad Karam explained that he too is expecting the cold wave to continue until the end of the week, due to decrease in the maximum temperature in the last two days to between 17 and 18, and the minimum temperature to 6 degrees Celsius. This is in addition to the concentration of the European air pressure in the north of the Arabian Peninsula, accompanied by northwesterly winds.

There is a possibility for cloud formations on Monday evening, which could increase the chances of light rains in some areas of Kuwait on Tuesday. The flat nature of Kuwait differs from the topography of the Kingdom of Saudi Arabia and some countries of the Levant and Egypt where there are heights.

The snowfall in those areas during the past days was on the mountainous areas. On the other hand, the temperature in Kuwait did not reach below zero due to which there was no snow. However, cold waves during the season of quadrangle (winter square) can be expected, through “it will be intermittent, as seen in the current wave.” In the same context, astronomer and historian Adel Al-Saadoun said that the weather on Monday was cold during the day with northwesterly winds of speed fluctuating from light to moderate, and in the evening, it became cold with winds of variable direction.

He stressed that the cold wave in Kuwait during the current period is the result of the control of the European and Siberian depression over the regions of the Levant and the Arabian Peninsula, highlighting that the temperature at night could sink to 5 degrees Celsius on land.

Al-Saadoun advised people of desert to wear heavy winter clothes to avoid the bitter cold wave, warning them against burning black coal inside their tents to avoid suffocating without realizing. Regarding snow, he indicated that it is very rare in Kuwait, recalling that the last time snow fell on Kuwait was in the year 1930.

Al-Saadoun said that the Levant and Egypt share Mediterranean climatic conditions whereby temperatures sometimes fall during the winter to below zero. In response a question about the possibility of the end of Kuwait’s winter without a severe cold, Al-Saadoun replied, “The specialists’ expectations of climate phenomena cannot extend for more than three days.”