Remittances from overseas Pakistanis are on the rise. Is PTI the reason? 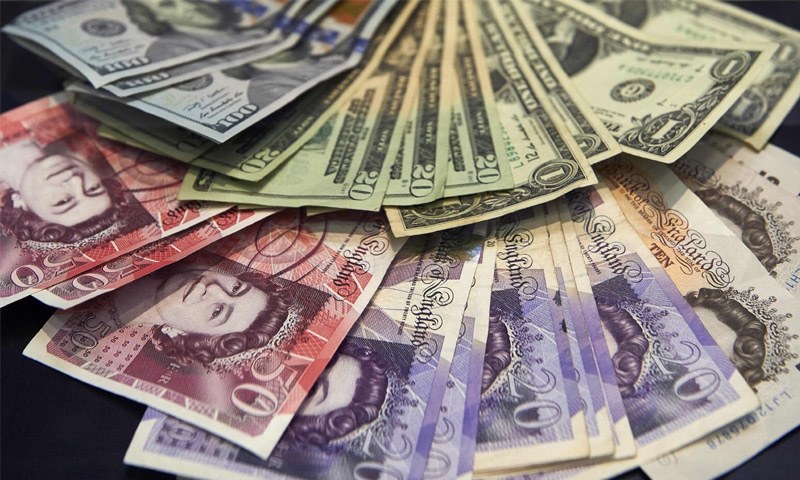 PTI is said to be popular among overseas Pakistanis but is that translating into a rise in remittances?
Murtaza HaiderUpdated about 4 hours ago

Remittances to Pakistan have been growing steadily since 2005 and whereas regimes with varying outlooks and strategies have been in power in the country, their distinct political and economic outlooks do not appear to have any noticeable impact on this reality.

The Pakistan Tehreek-i-Insaf (PTI) routinely highlights its better-than-the-rest rapport with the expatriate community and an unprecedentedly large rally in suburban Washington, DC, earlier this year that attracted thousands, offers proof for such claims.

However, what does that ultimately mean? And one question to ponder is whether there exist tangible benefits to Pakistan of the party's popularity with overseas Pakistanis.

Recent data does not offer robust evidence for a noticeable uptake in remittance volumes now that the party has completed a year in power. The volume of remittances has increased under PTI's rule but that increase follows the growth trajectories observed earlier under the 2008-2013 and the 2013-2018 tenures of the respective PPP and PML-N governments. Therefore, the data-driven conclusion, although preliminary because PTI has been in power for only a year, does not support a noticeable increase in remittances.

The fact is the flow of remittances depends on the economic conditions at both ends of the transaction. Factors at the origin, where the expatriate workers earn a living, experience wage increases, job losses, as well as other factors and life events that influence their savings, a part of which is ultimately remitted to Pakistan.

The Gulf region is the primary contributor for Pakistan's remittances, with Saudi Arabia and the UAE as the largest sources. Given the overwhelming reliance of Gulf economies on oil exports, a decline in oil prices can lead to job losses and lower incomes for the labour force. Furthermore, declines in oil prices and exports may also result in impacting the conditions of foreign workers.

Also read: Which political party has been the best for Pakistan's economy? Trade stats reveal all

Though the preceding argument suggests a direct link between oil prices and remittances, the empirical evidence is rather nuanced. For instance, a review article published in the Economic Notes earlier this year contends that “remittance flows to major remittance recipients in Mashreq, Pakistan, and Yemen fell only modestly following large declines in oil prices and recovered quickly in line with oil prices”. Hence poor economic outcomes in the source countries impact remittance flows negatively, but that impact has been limited.

At the destination end of the transaction, the flow of remittances is largely influenced by the intensity of the kin’s need. Births, deaths, tragedies, celebrations, and other life events may influence the temporal intensity of remittances. One can extend the idea to argue that financial hardships resulting from economic or other stimuli are likely to increase the flow of remittances. Economists Giulia Bettin and Alberto Zazzaro have reached similar conclusions in the Journal of Development Studies.

Moreover, marginalised communities in Pakistan often bear the brunt of a multitude of economic, environmental, and other geopolitical risks. Research by economists Mazhar Yasin Mughal and Amar Iqbal Anwar, published in the journal Defence and Peace Economics, reveals that an increase in terrorist violence in Pakistan, which contributed to destabilisation in economic and consumer activity, correlated with an increase in the financial hardship of low income households in Pakistan. The authors also found a strong correlation between the increase in violence and an increase in remittances to Pakistan.

The aforementioned, albeit non-exhaustive, list of the determinants of remittances does not suggest any role for the charisma of a leader or the popularity of a political outfit. To conclude as such would be a mistake.

A reliable source of foreign exchange

When faced with macroeconomic challenges, such as trade deficits and balance of payment crises, struggling economies are often desperate for foreign exchange. In such situations, remittances, when processed through formal channels, can be a reliable source of foreign exchange that could provide some degree of macroeconomic stability.

Former governor of the State Bank of Pakistan Tariq Bajwa was acutely aware of the macroeconomic role of the millions of transactions conducted by expatriates bringing small funds to family and friends back home. Earlier this year, he had warned that “it would be hard to manage the country's economy if foreign remittances were to fall below the $20 billion mark” per fiscal year.

In Pakistan’s case, remittances account for six per cent of the GDP. Exports, in comparison, accounted for 8.5 per cent in 2018.

Explore: Pakistan's debt policy has brought us to the brink. Another five years of the same is unsustainable

Ten years ago, the government had launched the Pakistan Remittance Initiative (PRI) to encourage the flow of remittances through official channels. Discouraging sending money through unofficial means in its campaigns and messaging, the government has been trying to get more and more expatriate workers on board so they use state-sanctioned avenues to process remittances. Now, the PRI offers several incentives to users, including a Mobile Wallet that promises fast transactions and a 2-minute mobile balance for every US dollar remitted.

However, the idea that a novelty factor or 'charm' is at play when it comes to remittances does not seem very valid and merits an evaluation in the light of data that suggests otherwise. Finding ways to improve the speed and flexibility of direct transactions at lower rates may attract more traceable remittances. Whereas, the government’s drive to increase tax revenue by tracking financial transactions may counteract its efforts to increase remittances through formal means.